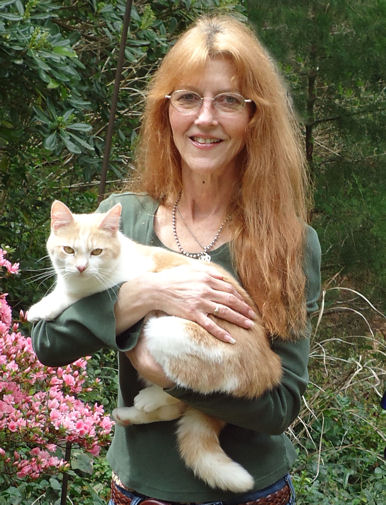 Proffesional artist Brooks Pearce lives and works in Wilmington, NC. Her specialty is accurately portraying wildlife in their habitats. She has been commissioned  by organizations including the Audubon Society, NC Wildlife Resources Comm., NC and SC wildlife Federations, Cape Fear Museum of Natural History, Horry County Museum of Natural History and The Red Wolf Coalition. Brooks has painted murals for schools, hospitals and museums. She has illustrated books and magazines. Her paintings and drawings are collected internationally.

Brooks has lived in Southeastern North Carolina since 1973. Raising two boys and a menagerie of animals on wooded acreage minutes from the beach has provided her endless artistic inspiration. Painting murals in public buildings and schools, movie sets, museums, illustrations and cherished portraits, have filled her potfolio and established her as a respected career artist.

Brooks' work has been recognized by the South Carolina Wildlife Federation and was commissioned by the North Carolina Wildlife Resourse Commission to produce the Endangered Species posters. She has worked with the National Audubon Society and recently with the Red Wolf Coalition, to create memorial art for use in education.Murals she has created cover walls at the Michael Jordon Discovery Gallery of the Cape Fear Museum of History in Wilminton,NC as well as other museums in NC. Most recently the Horry County Museum of History in Conway, SC commissioned Brooks for a 24' mural that was installed in September, 2013.

Her oil paintings on canvas have been honored in nationally juried exhibitions with numerous awards. Brooks' art is collected internationally, and resides in many corporate collections, including several banking institutes and the SAS institute of Chapill Hill.